And this is exactly what I thought Bulgaria would look like...

Last weekend, Katy and I embarked on a weekend adventure to Sofia, Bulgaria to visit two of our friends from Korea – Mark and Byeong-Hun. We arrived around 10PM last Friday night, and headed towards their apartment with the most offensive taxi driver I’ve ever encountered. During our twenty minute drive through the city, he managed to insult just about everyone from the Turks to gay culture. Welcome to Bulgaria. I, unfortunately, was stricken with food poisoning, so Friday night ended early for me. Everyone else enjoyed a great Bulgarian night on the town.

Saturday morning, we headed out to see Sofia. I’m not sure why I was so antsy to get out the door early because one can see everything Sofia has to offer in only one afternoon. We walked from the boy’s apartment towards downtown while exclaiming, “This is EXACTLY what I thought Bulgaria was going to look like!” However you are picturing Bulgaria on a cold, cloudy January day is pretty much exactly what appeared in front of us. The architecture was blocky and concrete. The cars were old and distinctly European, the clothing on passerbys was quite popular in the 90’s, and a car being towed drove by attached to the car in front of it with a long piece of rope. It all looked so… stereotypical Eastern European? 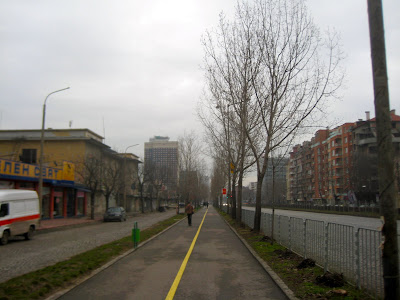 Downtown Sofia was nice – I shouldn’t mock the city too much. The town center had some stunningly beautiful cathedrals, nice stores, restaurants, and a lot of museums. We visited St. Alexander Nevsky Cathedral, the Russian Church, and another landmark church with a stunning interior. It was really refreshing to be inside a church after only seeing the inside of mosques for the last four months. Even if the insides were of the church were unfamiliarly dark, ornate, and smelling of incense, it was still a welcome change. 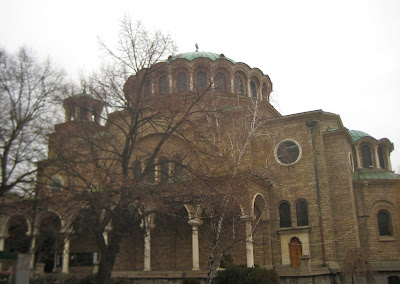 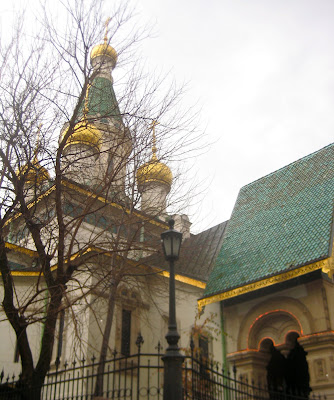 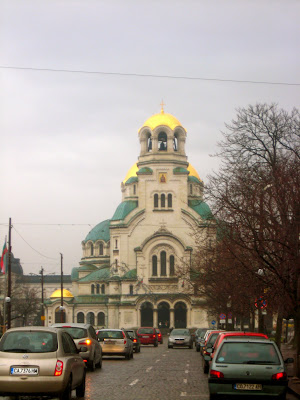 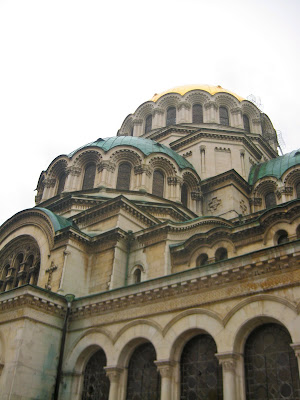 Following our church tours, we headed to the National Gallery for Foreign Art. Most of the permanent collection here was not terribly impressive, but we were able to see Dali’s Divine Comedy Exhibition which was interesting and worth the trip. Exhausted from our busy afternoon of sightseeing, we ducked out of the rain into a Bulgarian chain restaurant that looked a lot like the inside of an Applebees. Not only have Katy and I not been inside a church in four months, but we also haven’t enjoyed any pork in the last four months either. We were thrilled to order dishes that included bacon and pork loin. Success!

Sunday, having seen everything Sofia has to offer, we decided to venture outside the city. We chose to visit Kremikovtsi Monastery about twenty minutes outside of Sofia. The four of us piled in a taxi and headed out into the boonies of Bulgaria- passing dilapidated buildings, forest, and shabby apartment buildings. It was really nice getting out of a city for once though, and we spent a good hour or two exploring the Monastery grounds. 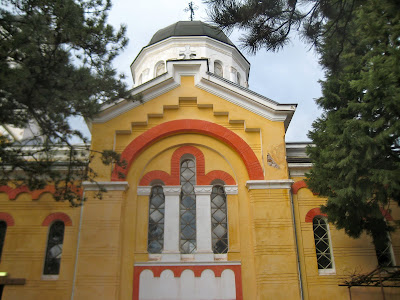 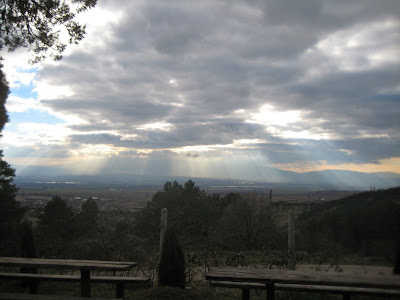 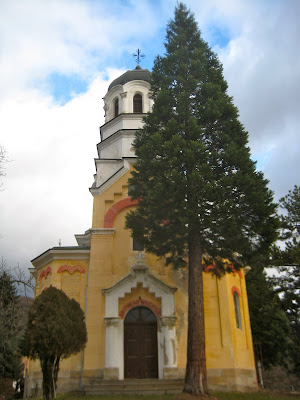 After eating more pork at an outdoor stand outside the monastery gates, we had no other choice but to walk back to the small village at the bottom of the mountain/hill. We walked down a scenic road, through a scenic cow pasture, and a across dilapidated town before finally boarding a “bus” headed back to Sofia. 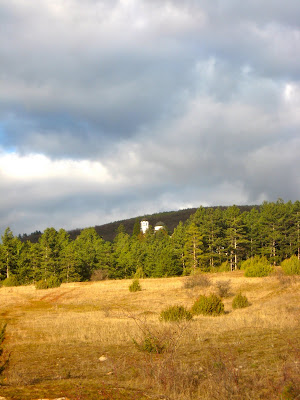 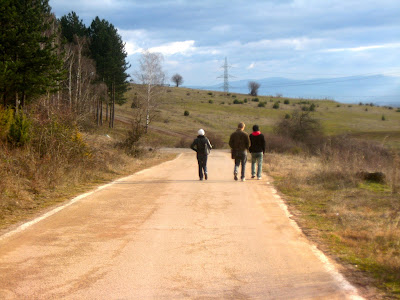 We ended our weekend at an adorable little restaurant in downtown Sofia. I again indulged in pork. We made it back to Istanbul late Sunday night after a brief and terrifying flight on an almost completely empty airplane. It is still not winter in Istanbul – the weather has been sunny and only mildly cold all week. We are getting ready to enjoy another great weekend in Turkey!
Posted by Andie at 12:15 AM 1 comment: