When I lived in Seoul, I made a point to leave the city occasionally for mini-vacays and some fresh air. My life in Istanbul is no different, and I am trying to get out of the city every now and then. Last weekend was a holiday weekend, and my roommate, Katy, and I were joined in Istanbul by three of our friends from Korea who have relocated to Eastern Europe. I had a blast spending time with Jen, Mark, and Byeong-Hun, and I hope Katy and I get more visitors soon!

Our weekend started at the rental car office where we had rented an adorable little stick shift that was to be our wheels for the weekend. Katy was our driver (no easy feat in Turkish traffic and a stick), and she did a great job getting us around safely. First, we headed to the port on the outskirts of Istanbul on the Sea of Marmara. We drove our little rental with all five of us crammed inside onto a large sea ferry at Yalova heading across the sea to our destination at Ayvalık. After a short and uneventful ferry ride, we had about a four hour drive to the Aegean coast. The scenery was stunning, and it was exciting to be out of Istanbul and into the much less populated Turkish countryside. We finally reached Ayvalık around 9PM then spent the next hour careening through precariously narrow alleys searching for our pansiyon. Our quest ended when we finally ended up stopping and waiting on an adorable old man from the accommodations to come find us. Following a terrifying incident on a steep hill in our stick, we finally settled into our Ayvalık pansiyon for the night.

The next morning we ate a fabulous Turkish Breakfast of tea, coffee, olives, hardboiled egg, various cheeses, jams, and fresh bread provided by the adorable old man from the night before and his wife. We then headed out into the alleys of Ayvalık which seemed much less confusing in the light. Ayvalık is located on the Aegean just a short distance from Lesbos, Greece which can be seen across the turquoise water. The weather was chilly, but we spent several hours shopping and sightseeing in the resort town (which I hope to return to in the summer). Ayvalık was a mess of narrow, cobblestoned alleyways full of stray cats, fresh fish, and tiny stores offering an array of knickknacks. It was impossible not to like it. 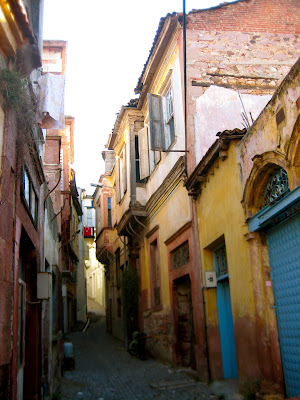 The narrow streets of Ayvalık 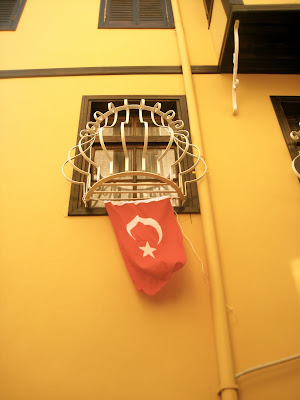 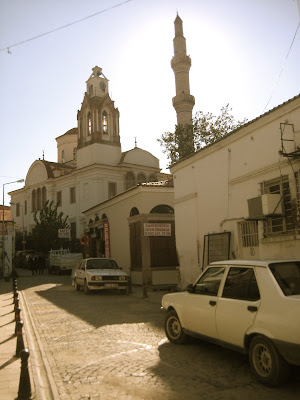 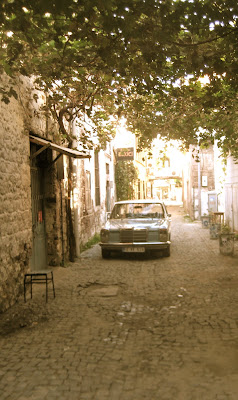 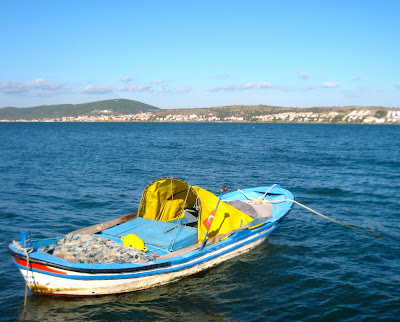 The Aegean Sea!
After lunch, we piled back into our little rental where we headed down the “scenic route” towards the town of Bergama – the present day city at the ancient acropolis of Pergamum - a site of Hellenistic period ruins. 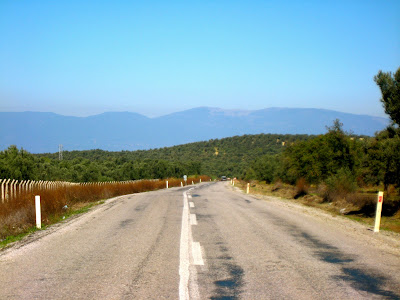 The beautiful drive from Ayvalık to Bergama

Following a second terrifying incident on a steep hill in our stick (this time involving Mark jumping out to help push the vehicle up the hideous, cobblestone incline), we made it safely up the mountain to the acropolis. The ruins at Pergamum were worth our afternoon. 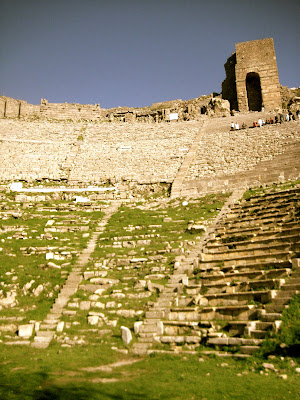 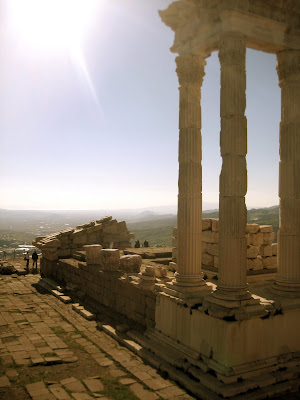 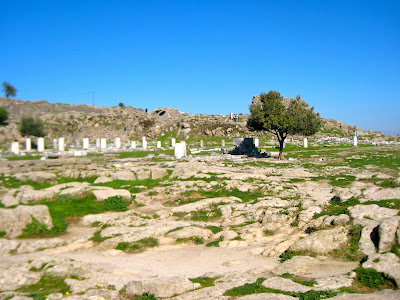 We had planned to spend the night on the road before heading back to Istanbul on Sunday, but we were having so much fun on our car ride (Turkish music and the questions game), we decided to drive back late that night.

One week later, Katy and I are leaving for Amman tonight where we will spend the next nine days touring the spectaular sites in Jordan!

Have an awesome week and Happy Kurban Bayram
Posted by Andie at 11:08 PM